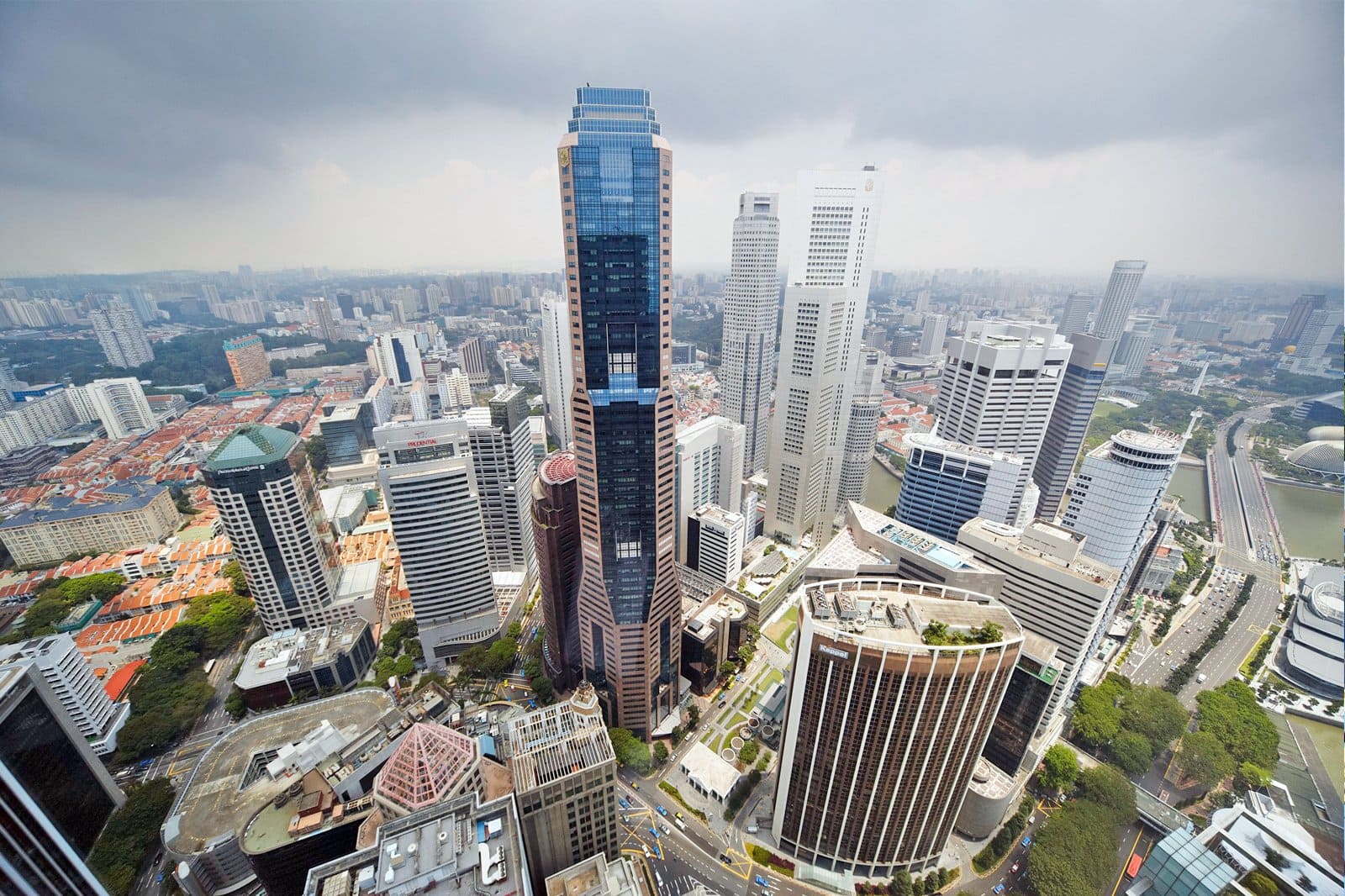 Raffles Place, right outside the entrance of Raffles Place MRT and southwest of Merlion Park, is now occupied by skyscrapers such as the UOB Plaza and OUB Building. This is the heart of Singapore’s business and financial centre – better known as the Central Business District.

From the viewing room on the 28th floor of UOB Plaza One, which is open to the public, you can get a spectacular view of Singapore River, the civic district and its colonial structures, and Boat Quay. The Plaza is also known to regularly hold exhibitions featuring the works of local artists at its gallery. From the top, still, there are some reminders left from when Singapore was a bustling colonial outpost. Raffles Place itself was established in the 1820s. 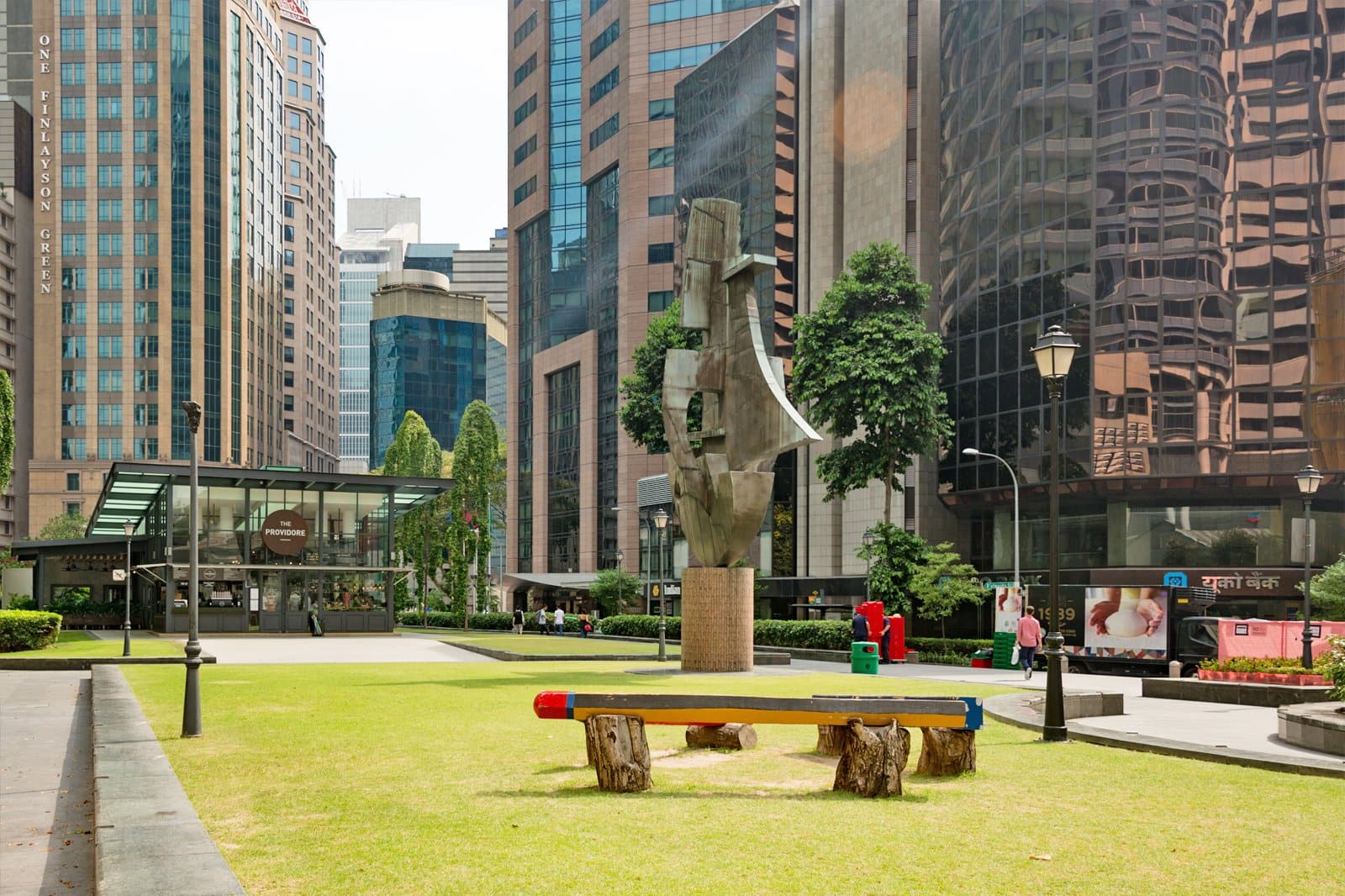 Change Alley was the street where Indian moneychangers ran their businesses – today the Alley is tucked inside OUB Building but you can still change your foreign currencies and traveller cheques here. The alley inspired the name of the mall of the same name just east of Raffles Place. 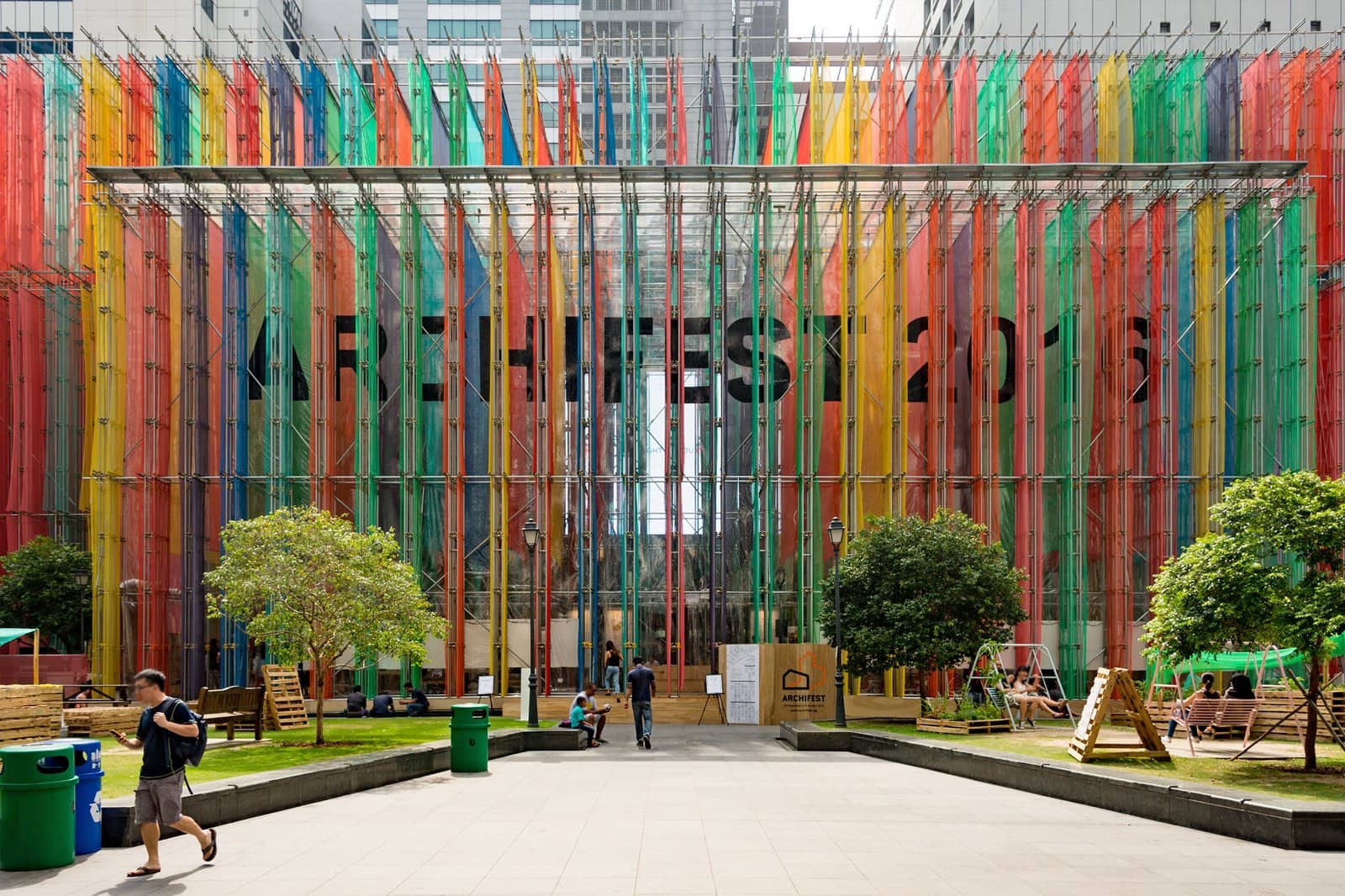 South along the waterfront is Lau Pa Sat, a Victorian-styled cast-iron structure that used to house a wet market. Now, it’s a lively hawker centre with stalls that sell arts and crafts and regularly shows cultural performances. The Fullerton Hotel Singapore, just north of Raffles Place, is one of Singapore’s landmark hotels, with views over Merlion Park and Marina Bay Sands across the Esplanade. 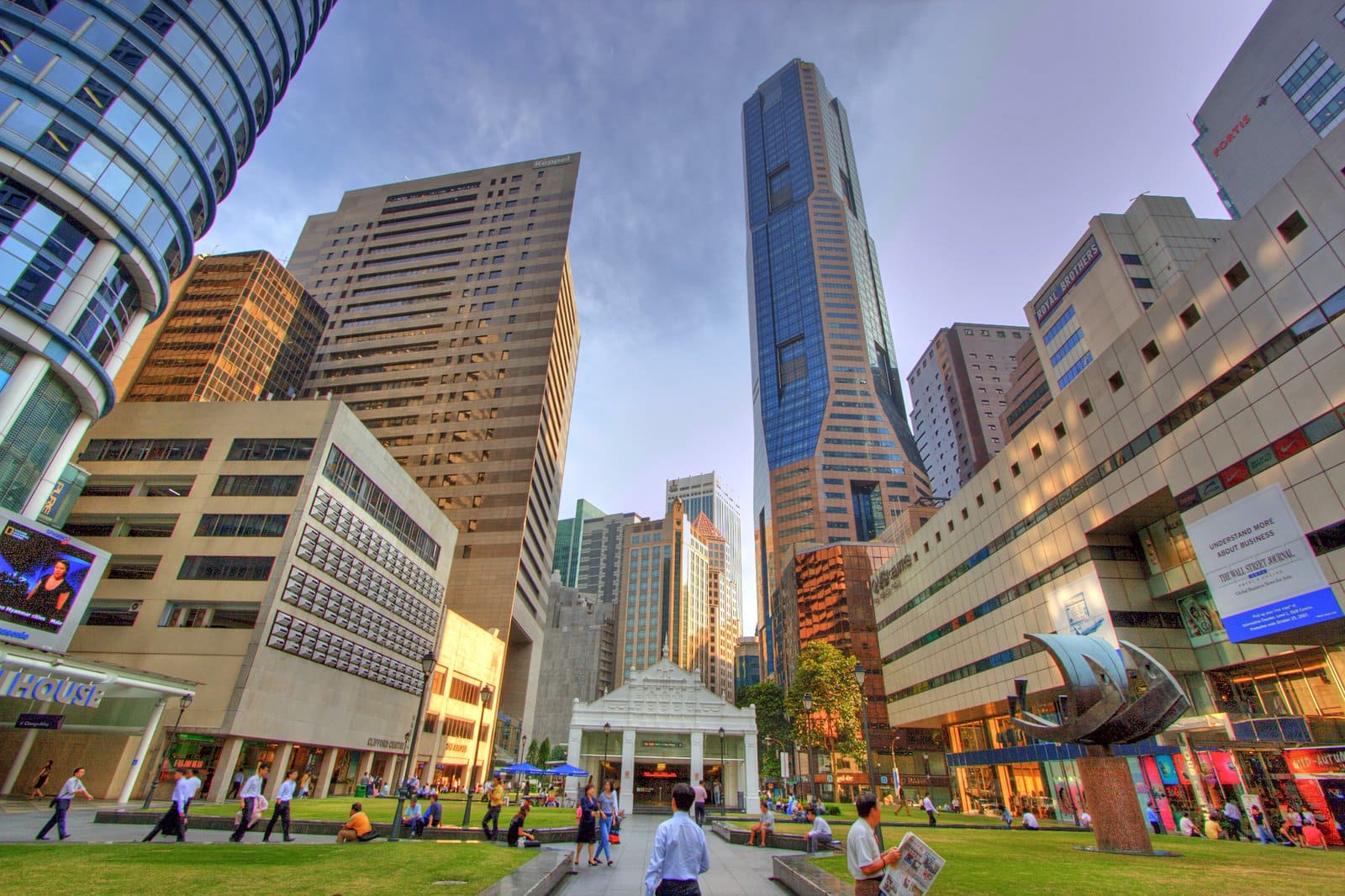