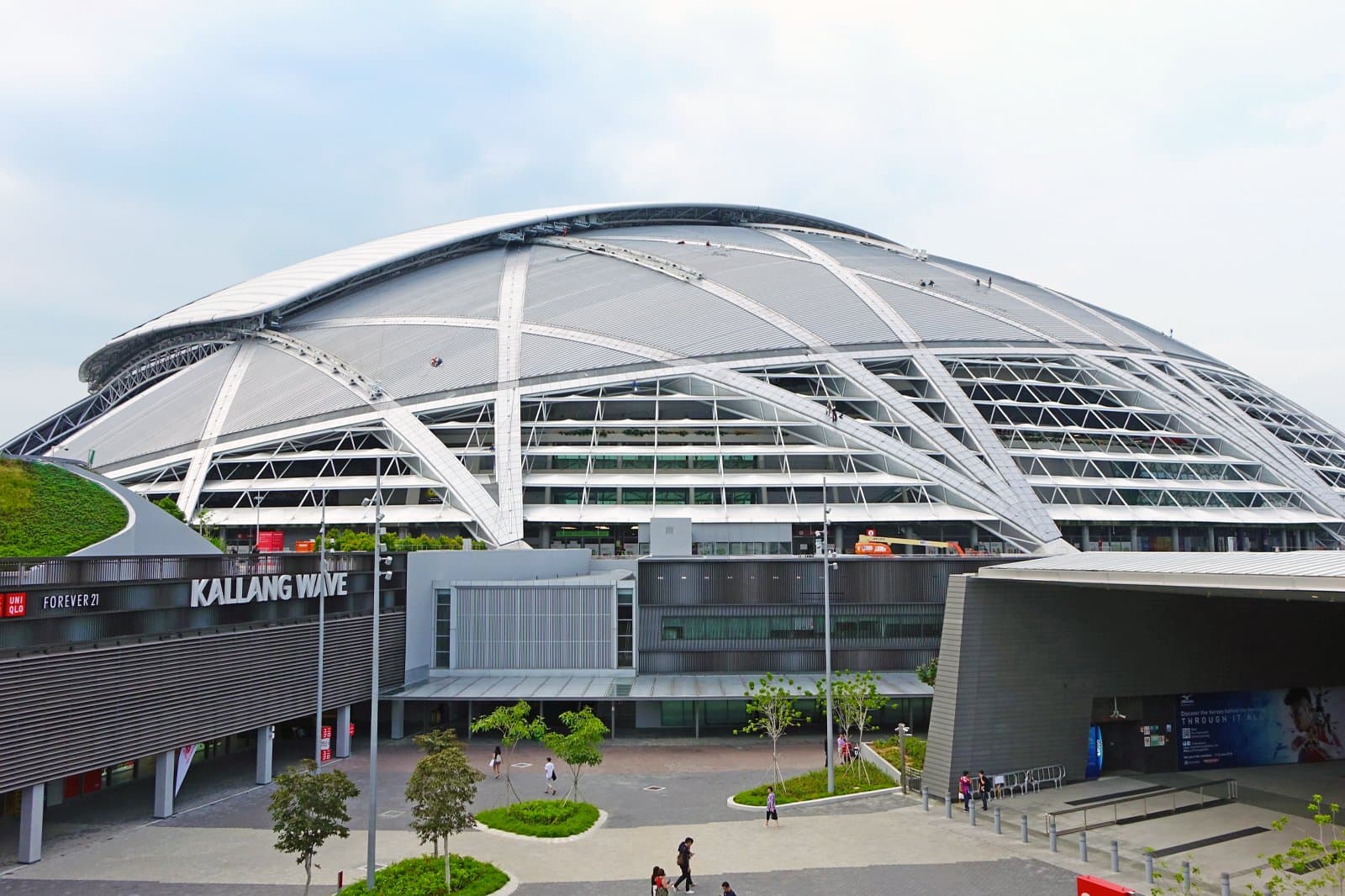 The National Stadium in Singapore is an all-purpose sports arena where you can watch the Singapore National Football team play their home matches, as well as exhibition cricket, rugby, athletic, and live music events. It replaced the old Kallang Stadium on the same site in June 2014.

The stadium is by far the biggest in Singapore, holding up to 55,000 people – although the customizable seating can be reduced for smaller events. The spectacular dome-shaped stadium is visible from all over Singapore, with its retractable roof and red/white seating making it stand out as one of Singapore’s most famous landmarks. 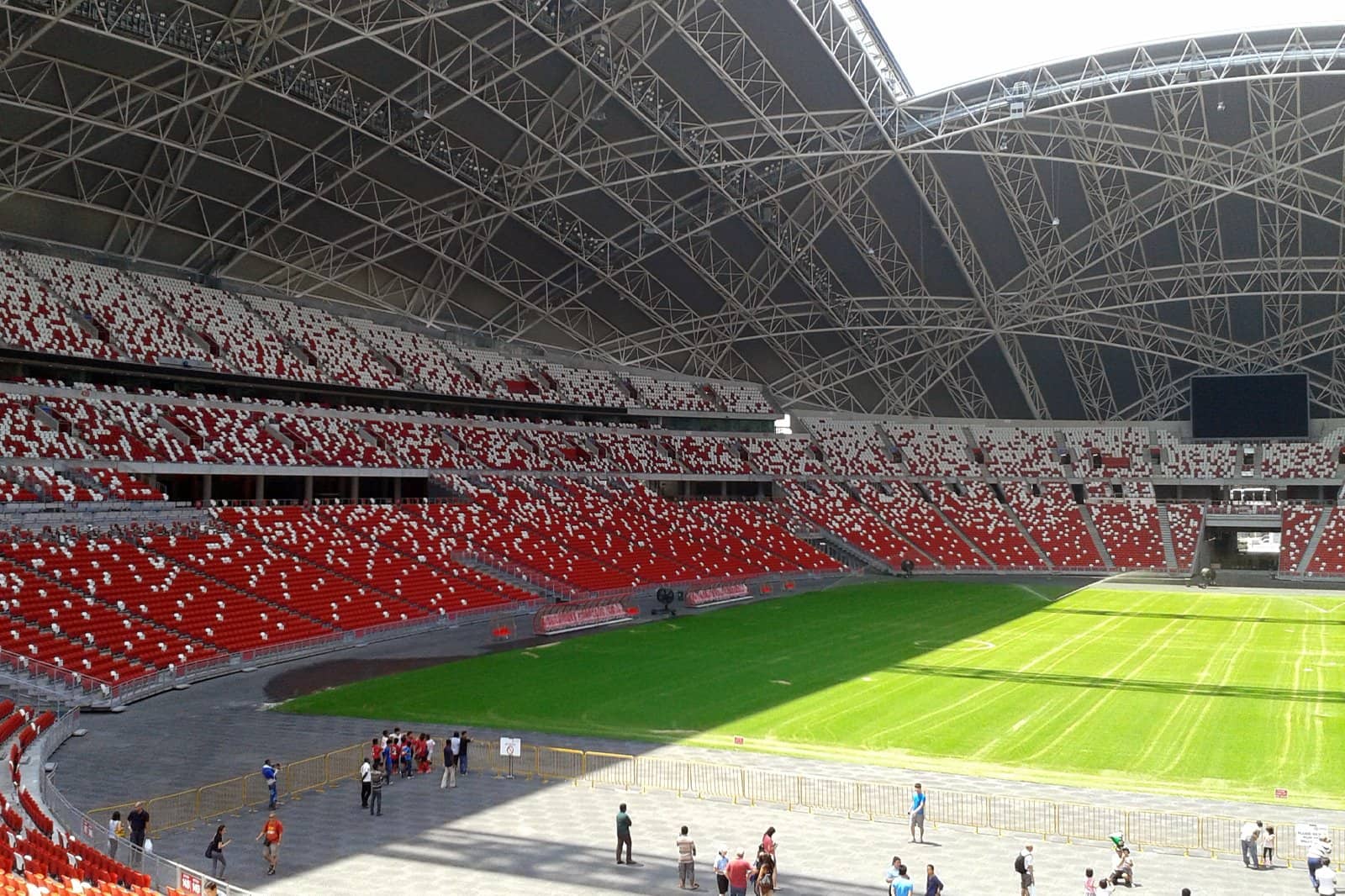 Singapore National Stadium is part of a wider sports complex known as the Singapore Sports Hub, which includes an aquatic centre, small indoor arena, sports museum, library, and shopping mall. Several restaurants around the venue and in the surrounding Kallang neighbourhood are great for some pre- or post-match fills.

The cutting-edge stadium design features a retractable roof that’s able to fully open and close in 25 minutes if it rains, while also creating a cooler indoor temperature during daytime events by providing ample shade. The curved roof can also double up as a giant projector screen at night for Singapore’s special events, such as New Year celebrations and Singapore’s National Day events each year. 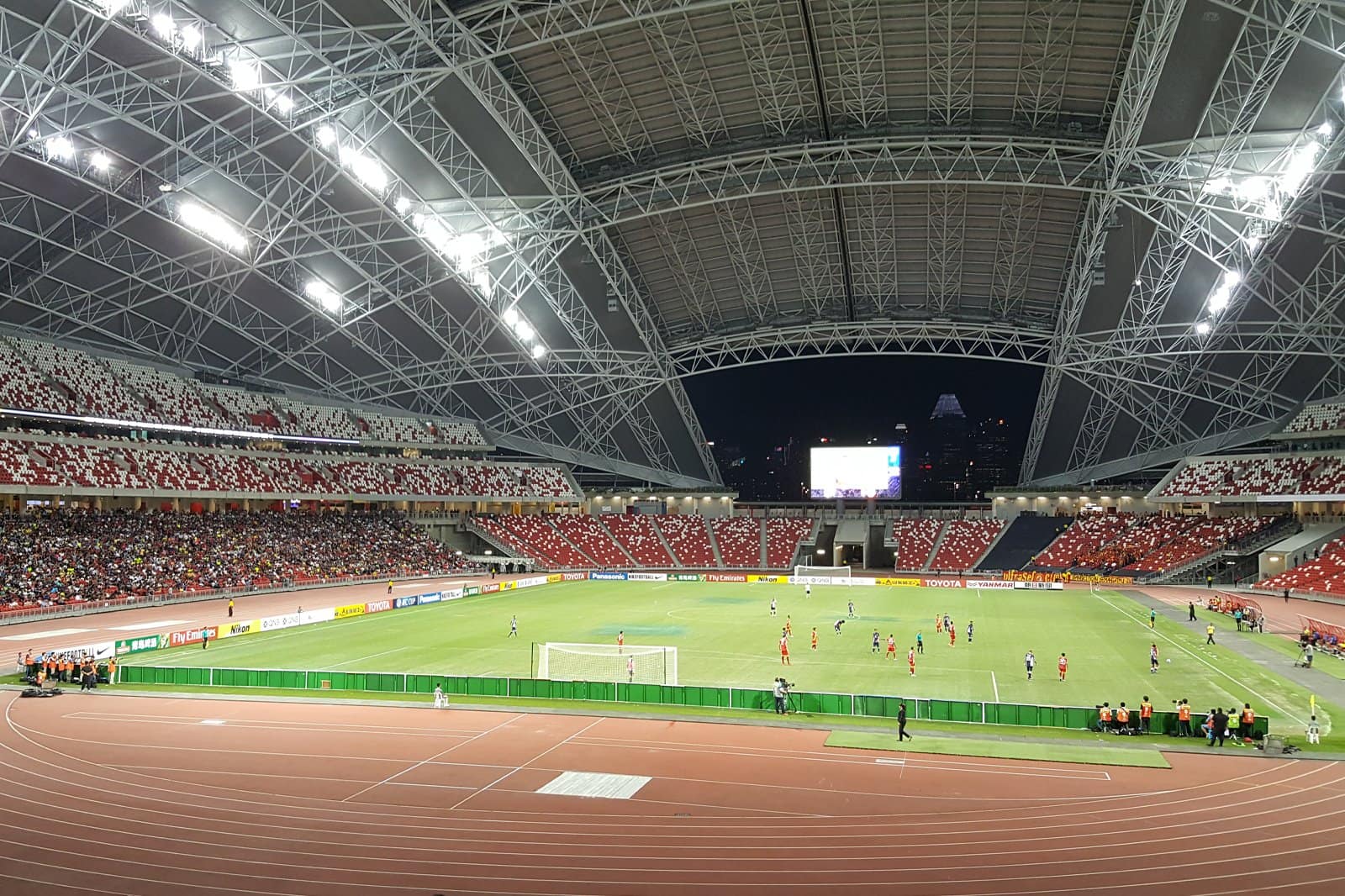 You can easily reach Singapore National Stadium as it has its own MRT station (marked as ‘Stadium MRT’ on the Circle Line). Both Kallang MRT and Mountbatten MRT are walking distance, and there is also a taxi stand just outside. 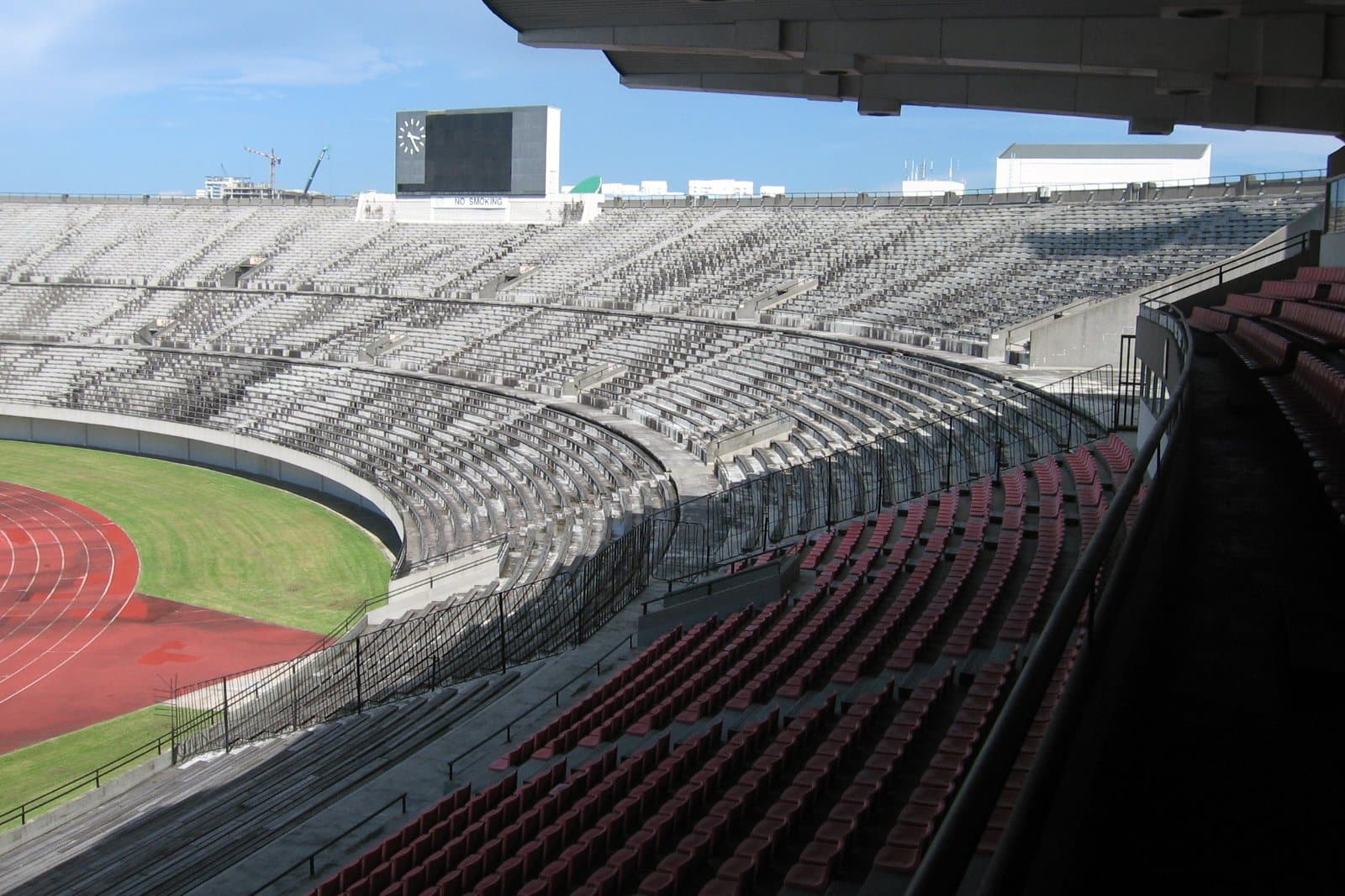