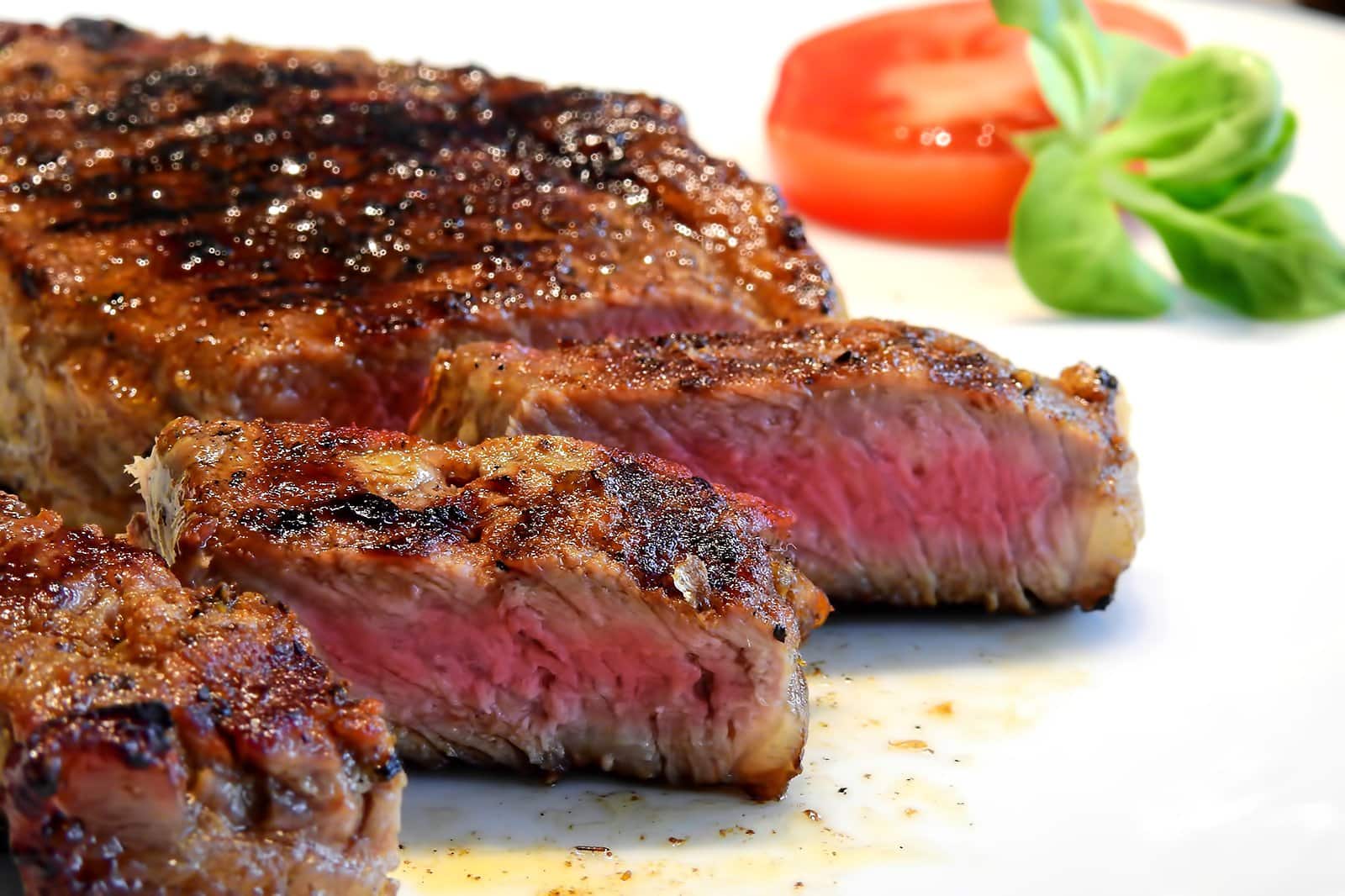 CUT by Wolfgang Puck is one of the best steak restaurants in Singapore. Since opening at Marina Bay Sands in 2010, it has scored numerous awards, plus 3 Michelin stars – it’s difficult to argue against the fact that celebrity chef and owner Wolfgang Puck knows a thing or two about how to cook a good steak.

His Singapore outpost became famous for serving up some of the rarest varieties of beef from around the world – all cooked to absolute perfection. In 2014, CUT by Wolfgang Puck became the first-ever restaurant outside Japan to serve the ultra-exclusive Hokkaido Snow Beef… but at a cost (at that time about S$250 for 170 g).

Most varieties are available in all the usual cuts, such as ribeye, tenderloin, T-bone, sirloin, rump, and fillet, and it is highly recommended not to order your steak anything over medium rare. With such a huge emphasis on the beef, you might be fooled into thinking CUT is only about the steaks… but it’s not.

Go for the pan-roasted Maine lobster with black truffle sabayon if you really want something memorable or kick off your meal with a tiny but tasty starter such as their bone marrow flan (from S$26), or bigeye tuna tartare (from S$37). They also have a long list of fine wines from across the world, alongside beers and house cocktails starting from S$22.

Whenever you glance at a restaurant’s menu and the cheapest thing you can find is a side of sauce for S$5, you know your credit card is going to be in for a bit of a battering. However, at CUT by Wolfgang Puck, you do get the sense that most of the clientele aren’t too worried about the figure on the bill afterwards.

This swanky outlet welcomes some of the best-dressed diners you’ll ever see in what a shopping mall restaurant is essentially (in Shoppes at Marina Bay). Many city workers migrate over from the CBD for their lunch break or after work. You can find CUT by Wolfgang Puck Singapore at basement level 1 of The Shoppes. The nearest MRT Station is Bayfront.